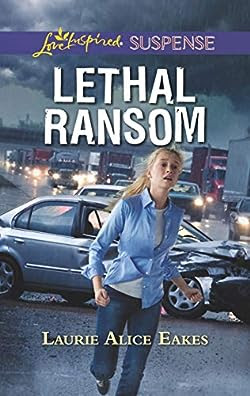 A kidnapper with deadly intentions

…and a US marshal who must come to the rescue

The carjacking that ended with Kristen Lang running for her life—and her federal judge mother kidnapped—was a nightmare. The ransom, however, is worse: Kristen in exchange for her mother. Deputy US Marshal Nick Sandoval will do almost anything to safely recover the judge—except trade Kristen. But can he shield the woman he’s falling for and bring her mother home?

Other books by Laurie Alice Eakes

Hey, I'm Stephanie. An avid reader who often reads NA/YA books including Fantasy, Dystopian, and Retellings while occasionally reading other genre as well. I also have a deep love for indie books and tend to share about mostly indie titles. I do read and post Tradition published at times books as well, just whenever one catches my fancy! View all posts by Books Less Travelled